"Our already fragile ethical values ​​are in a process of degradation"

Everardo Maciel, tax consultant, was secretary of the Federal Revenue between 1995 and 2002 (FHC governments), is president of the ETCO Advisory Board 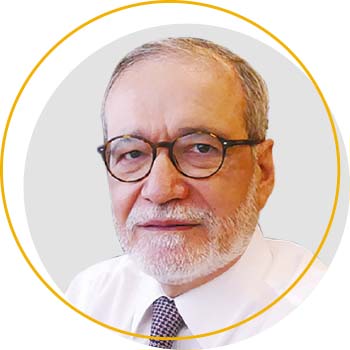 In the 1988 Constitution, we established a remuneration ceiling for public agents. But every day there is a way to circumvent this, through specific remuneration, such as housing assistance or travel allowances in the Judiciary, the Public Ministry and even the Legislative Power. All of them are treated as compensation – which is even more serious, as it is not subject to income tax. When the State makes this type of concession, it has repercussions on the behavior of the entire society.

Quotas for parliamentary representation are created and, day after day, cases involving very little virtuous practices are presented, some with peculiar names, such as “splits”. In the Senate and in the Chamber, space is created for advisers not open for examination for functions that should be performed by professional advisers. It is the practice of cronyism.

In the budget processes, parliamentary amendments were created, which are a way of taking public money, very often for acts of corruption. Before, there were individual and bench amendments and now the Rapporteur Amendments have been instituted, involving amounts between R$ 16 and R$ 20 billion, for which it is not known to whom they will go. These, too, are robust evidence of current budget anarchy.

Some time ago, a terrible expression was created: the 'steal, but do'. It doesn't matter if the public official is stealing, it matters that he does something for me. This is a symptom of a degraded value. And, when this is amplified, it reproduces the concept created by the great thinker Hannah Arendt: the trivialization of evil. Nobody thinks it's wrong. Almost everyone thinks it's normal.

Tax avoidance in the world and in Brazil

Data obtained by investigative journalists from the ProPublica organization and released in April by The New York Times and The Guardian, not necessarily lawfully extracted from the IRS (the United States Internal Revenue), show that 24 of the largest American fortunes paid an effective tax rate average income tax of 3,4% between 2014 and 2018. One of them had an equity increase of US$ 18 billion in a given year and not only did not pay a penny of tax, but also aggressively asked for a refund of US$ 4 one thousand dollars. It looks more like a mockery.

Here, an individual who makes an investment in an investment fund in Brazil collects tax. However, if he does so in a tax haven, he does not pay tax. What behavior am I inducing? "Apply in tax haven, which is better than doing here." But only those who manage to invest in the tax haven are the great fortunes. It is an overt regressive focus.

ETCO represents a very special trench in Advocacy for a fair business environment, in which competition prevails rather than cleverness, and in dealing with problems of competition ethics, especially those arising from taxation. Success has been partial, because there are powerful antagonistic interests and also because we enjoy self-deception.

One example is embezzlement, smuggling, in the tobacco sector, which stems from the belief that increasing the tax burden will reduce consumption. Nobody can. I'm not defending smoking, but my reasoning is the following: what should not be done must be prohibited, without the use of indirect mechanisms to induce certain behaviors.

In the 18th century, the figure of sin taxes was created – the so-called taxes of sin. They were considered sins: tobacco, alcohol and gambling. So it was legal to drink, smoke and gamble, even immoderately, as long as you paid the tax. Thus, paying the tax would promote the remission of these sins, which is hypocrisy taken to the extreme.

There is also the problem of persistent debtors, who create businesses not as an instrument to produce or market their products, but to accumulate wealth by not paying taxes. In 2003, on the initiative of ETCO, we managed to introduce Article 146-A into the Constitution, which faces this problem. However, no progress was made in creating the necessary complementary law. The bill is in the Federal Senate [PLS 284/17], but it is advancing at a very slow pace, because powerful forces oppose its approval.

From indignation to change

Charles de Gaulle said that indignation is not a value. But it's a good start. Indignation leads to awareness, which leads to conviction. Only when indignation manages to flow into Brazilian society will there be a consistent defense of ethical values. It's difficult? Yes. Cultural problems have a difficult solution. But the fact that it is difficult should not serve as a disincentive or hopelessness. Only as a serious obstacle to be faced, against which this conscious indignation must be moved.”