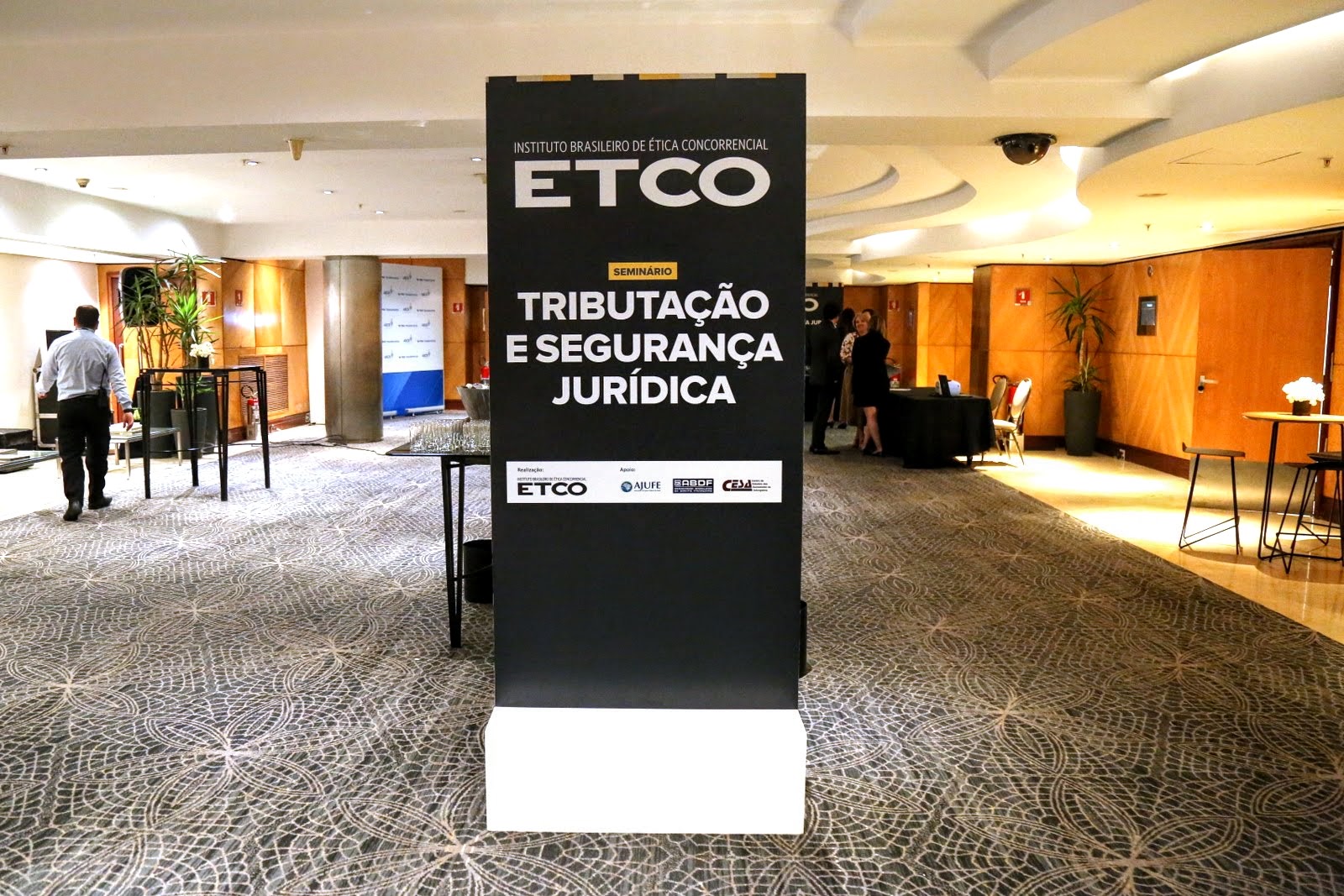 Promoted by the Brazilian Institute of Competitive Ethics (ETCO), the event brought together some of the leading jurists to strengthen discussions and raise the inevitable proposals for the country's current moment

In the midst of discussions on Tax reform, the Brazilian Institute of Competition Ethics (ETCO) held on the 25th, in São Paulo, the seminar Taxation and Legal Security. Bringing together some of the country's leading lawyers, the event aimed to strengthen discussions and raise the inevitable proposals for Brazil's current moment. “Taxation is today one of the major problems we face in attracting investments and generating jobs. For this reason, it is our obligation to debate the topic and suggest ways that can improve the system ”, said Edson Vismona, president of ETCO.

The seminar addressed the interpretation of the Tax Rule, the tax process, reform and taxation of the XNUMXst century. All presentations were mediated by Everardo Maciel, president of the ETCO Advisory Council and former secretary of the Federal Revenue, who reinforced the importance of the event. “This initiative brings up what I consider to be the most relevant topic for determining investments in Brazil, which is precisely legal security. It is necessary to have a clearer definition, not only for the taxpayer, but, above all, for the investor of the concepts that integrate and constitute Brazilian tax law ”, he highlighted.

First speaker of the day, Heleno Torres, Full Professor of Financial Law at USP, drew attention to the importance of tax reform. “There will be no recovery of the economy just with the pension reform. It is essential to have a tax reform that comes to guarantee the predictability of taxes levied on commercial operations and that reduces the complexity of our system ”, he said.

Heleno's opinion was shared by Roberto Quiroga. During his lecture, the lawyer, who is a professor of Tax Law at USP and the Professional Master's Degree at Fundação Getúlio Vargas (FGV), highlighted the need for further clarification regarding the functioning of the Brazilian tax system for companies and the population. "It is essential that everyone participate in the discussions that hinder tax reform, especially with regard to the rules that may undergo some type of change."

Hamilton Dias de Souza, a master and specialist in Tax Law at USP, explained that Brazil has a chaotic and harmful tax system for the business environment, which impacts on investments in the country and job creation. The lawyer was emphatic in defending the reform, but with some reservations. “Should the reform be absolute and total? Disruptive? A reform that, instead of taking advantage of what works well, creates entirely new legal forms? I do not think so. I am in favor of a specific tax reform that takes advantage of some of the positive points that we have today ”, he said.

Humberto Ávila, national and international reference in legal security, reinforced the concept of the theme. “Legal certainty is the principle of principles. It is she who instrumentalizes the validity and effectiveness of all the others ”, he explained. For the Titular Professor of Tax Law at the University of São Paulo (USP) and at UFRGS (Federal University of Rio Grande do Sul), what happens in Brazil today is a lack of understanding by the Judiciary about its function. "In many cases, he is concerned with issues that are not fundamental," he said.

Gustavo Brigagão, president of the Brazilian Association of Financial Law (ABDF), brought the scenario of legal security and taxation in the XNUMXst century. “New technologies revolutionize the way we live and negotiate. To discuss the future, it is necessary to be aware of the mistakes of the past in relation to everything that concerns our tax system so that, thus, they will not be committed again ”, he said.

The seminar Taxation and Legal Security was held at the Renaissance hotel in São Paulo. The event, conceived by the Brazilian Institute of Competition Ethics (ETCO), it had the support of the Brazilian Association of Financial Law (ABDF), the Association of Federal Judges of Brazil (AJUFE) and the Center for the Study of Law Firms (CESA).