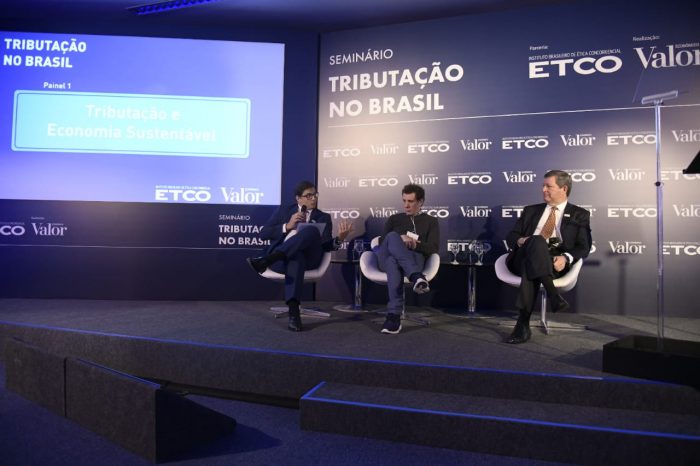 ETCO, in partnership with the newspaper Valor Econômico, held on July 23, 2019, in São Paulo, the Taxation seminar in Brazil.

The event brought together renowned experts to discuss how tax reform can contribute to Brazil's growth. Access here the exclusive articles covering the event, published on July 30, in a special section of the Valor Econômico newspaper:

Illegality advances and funds violence
In an interview, Edson Luiz Vismona, chief executive of ETCO, tells how smugglers and heavy debtors benefit from the tax system.

Tax review is crucial to the country
"We have to recognize that there is something very wrong with our economy, because the world is growing and getting rich, but Brazil is not." The statement was made by economist and president of Insper, Marcos Lisboa, during the Taxation seminar in Brazil.

"We don't need to unify taxes"
For the doctor and professor of Tax Law Roberto Quiroga Mosquera, the ideal would be for less drastic changes to be made than those currently being discussed by the government. He believes that one way is not to focus on tax unification. “It is no use just joining the taxes that already exist and putting a different name for them” - says Mosquera.

Smuggling is an evil to be fought
Tax review should prioritize the productive sector and focus on weakening the illegal market. The fight against the illegal market that took over the country and expectations regarding the tax review were the main issues addressed by the federal deputy and president of the Mixed Parliamentary Front to Combat Smuggling and Counterfeiting, Efraim Filho, at the Taxation seminar in Brazil.

"History in Brazil is a big mistake"
In his explanation at the Taxation seminar in Brazil, tax attorney Everardo Maciel, former secretary of the Federal Revenue Service, brought up contemporary tax issues, both in Brazil and in the world - and the main differences in approaches in these scenarios.

Fiscal balance challenges lawmakers
Taxation and a sustainable economy presuppose adequate taxation. It cannot be very low, to allow the financial health of the State, and it cannot be high, to the point of stifling the economy and making business impossible. With this explanation, Phelippe Toledo Pires de Oliveira, deputy attorney general of the National Treasury, summed up the State's challenges in developing policies conducive to business development in the country during the Taxation seminar in Brazil.