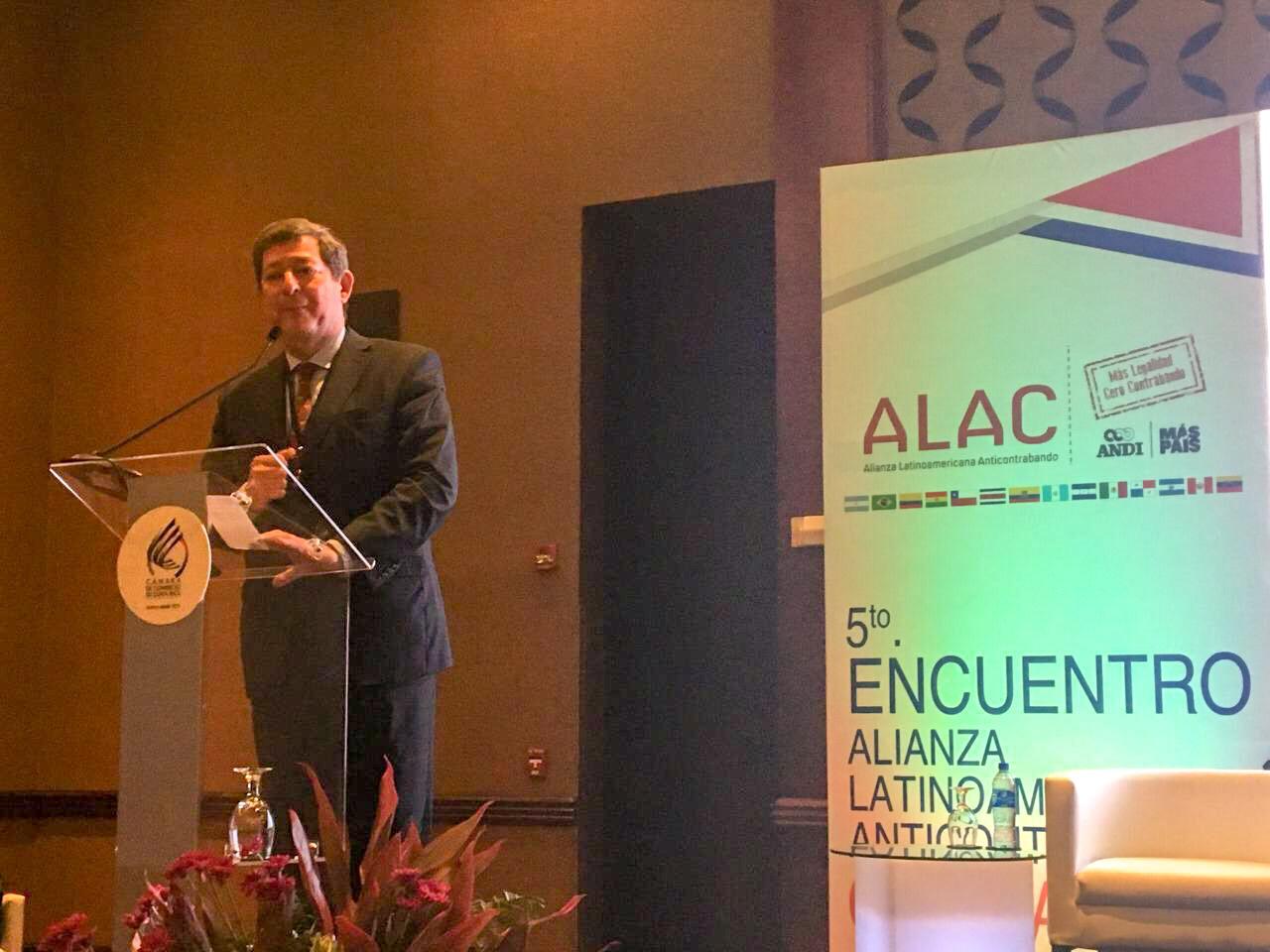 Edson Vismona, president of ETCO and pro-tempore president of the Latin American Anti-Smuggling Alliance (ALAC), said today (7/05), that the organization that directs and integrates business chambers and government representatives, seeks to increase the increase in participation and commitment Latin American countries in the fight against smuggling.

During the V ALAC Meeting, which takes place between 7 and 8/05 in Costa Rica, Vismona, also said that “we are increasing the awareness of people and governments about the importance of cooperation and integration between countries to fight crime organized, which uses contraband resources for other illicit activities, clearly threatening public security ”.

According to data released during the ALAC, smuggling moves resources equivalent to 2% of Latin America's GDP, or about US $ 210,000 billion annually, affecting industries such as steel (metal-mechanics and steel), tobacco, hot drinks, medicines, cosmetics, plastics, footwear, textiles and cybersecurity.

This crime provides products smuggled to the markets, without regulations or controls, harming not only consumers but also governments.

According to Vismona, Central America must intensify joint efforts to eradicate smuggling, as Brazil, Paraguay, Chile and Argentina do.

"We hope to succeed in Central America in expanding integration between governments," he concluded.

Maria Carolina Uribe, president of the National Association of Industry of Colombia (ANDI), one of the co-organizers of the meeting, responsible for structuring a regional agenda to combat smuggling:

“Here in Costa Rica, we intend to unite the entire region around the problem of smuggling, working around the fundamental elements of illicit trade to combat it. When we started ALAC our focus was on the customs issue, then we moved to a judicialization and dismantling of criminal structures approach, “said Uribe.

In recent years, ALAC has worked on building a regional public-private agenda and sharing good practices.

The most smuggled product in the region is cigarettes, according to data from the organization.

The most recent study of illicit cigarette trade launched in 2017 by the Observatory on Illicit Trade of the National Chamber of Commerce and British American Tobacco Chile, shows the consumption rates of this illegal product and its main consequences, among them the exponential growth of “preference ”By the illegal product among consumers and a consequent loss due to tax evasion that reaches US $ 500 million per year.

In Argentina, contraband cigarettes generated, in 2017, an estimated loss of approximately 8.500 billion pesos in tax collection.