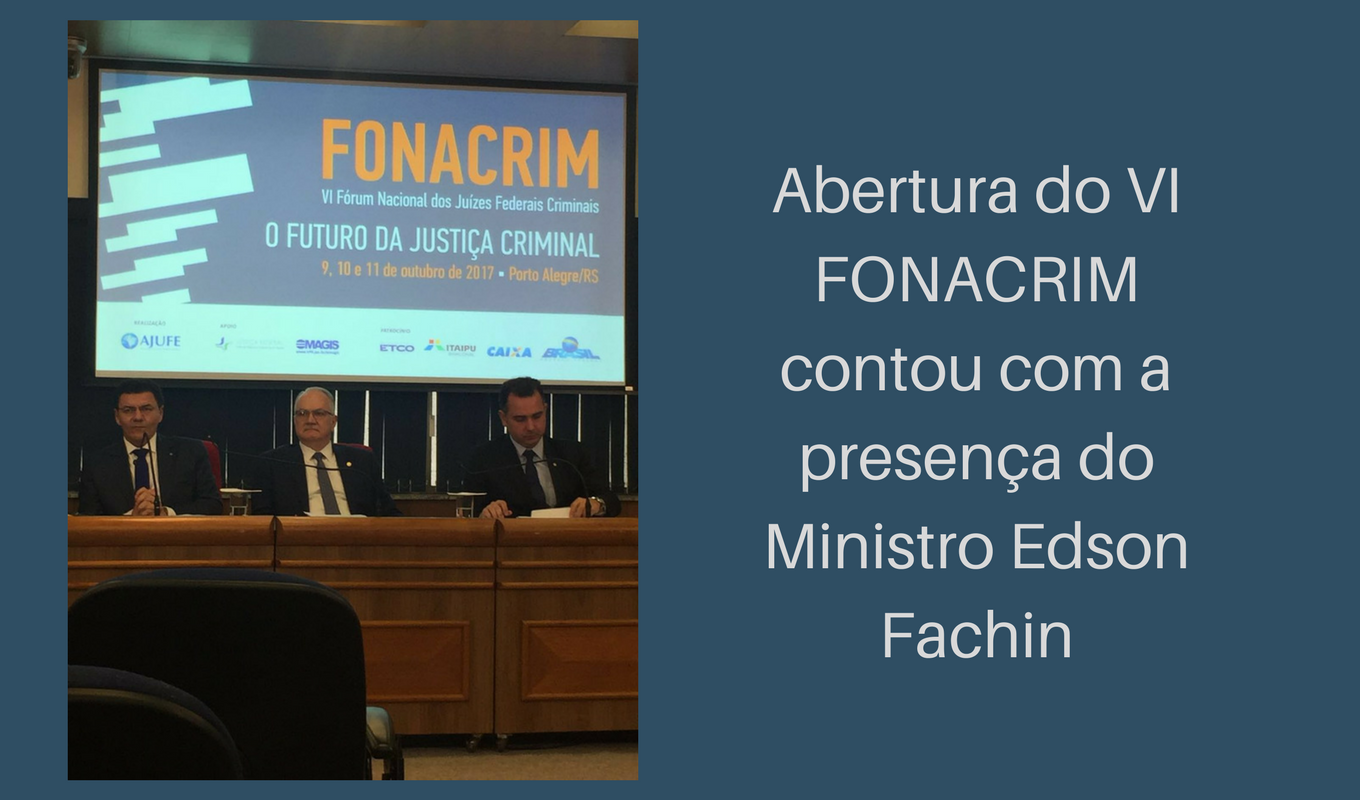 The discussion of proposals to combat crimes of smuggling and embezzlement was one of the topics discussed on the second day of the VI National Forum of Federal Criminal Judges, promoted by the Association of Federal Judges of Brazil.

The panel counted on the participation of the deputy superintendent of the Federal Revenue, Luiz Fernando Lorenzi, who explained that the agency has invested in the expansion of non-invasive technologies, such as the use of drones and scavenger dogs.

The other debater was the president of the Brazilian Institute of Ethics in Competition (ETCO), Edson Vismona, who reported the impact of these crimes on the country's economy. According to Vismona, R $ 41 billion are no longer paid with tax evasion in the illegal market. "We need a Brazil that defends the law, ethics, the fair, controlled market, but within the legal parameters", he defends.

The former president of Ajufe, Nino Oliveira Toldo, chaired the table and highlighted the importance of the topic. "Smuggling and embezzlement are very serious problems, not only from the criminal point of view, but from the economic point of view of the country, since large criminal organizations started with these crimes," he says.

After the scientific programming, the Forum participants will meet in discussion groups to prepare statements and administrative recommendations that will be sent to the National Council of Justice, the Council of Federal Justice and the Federal Regional Courts