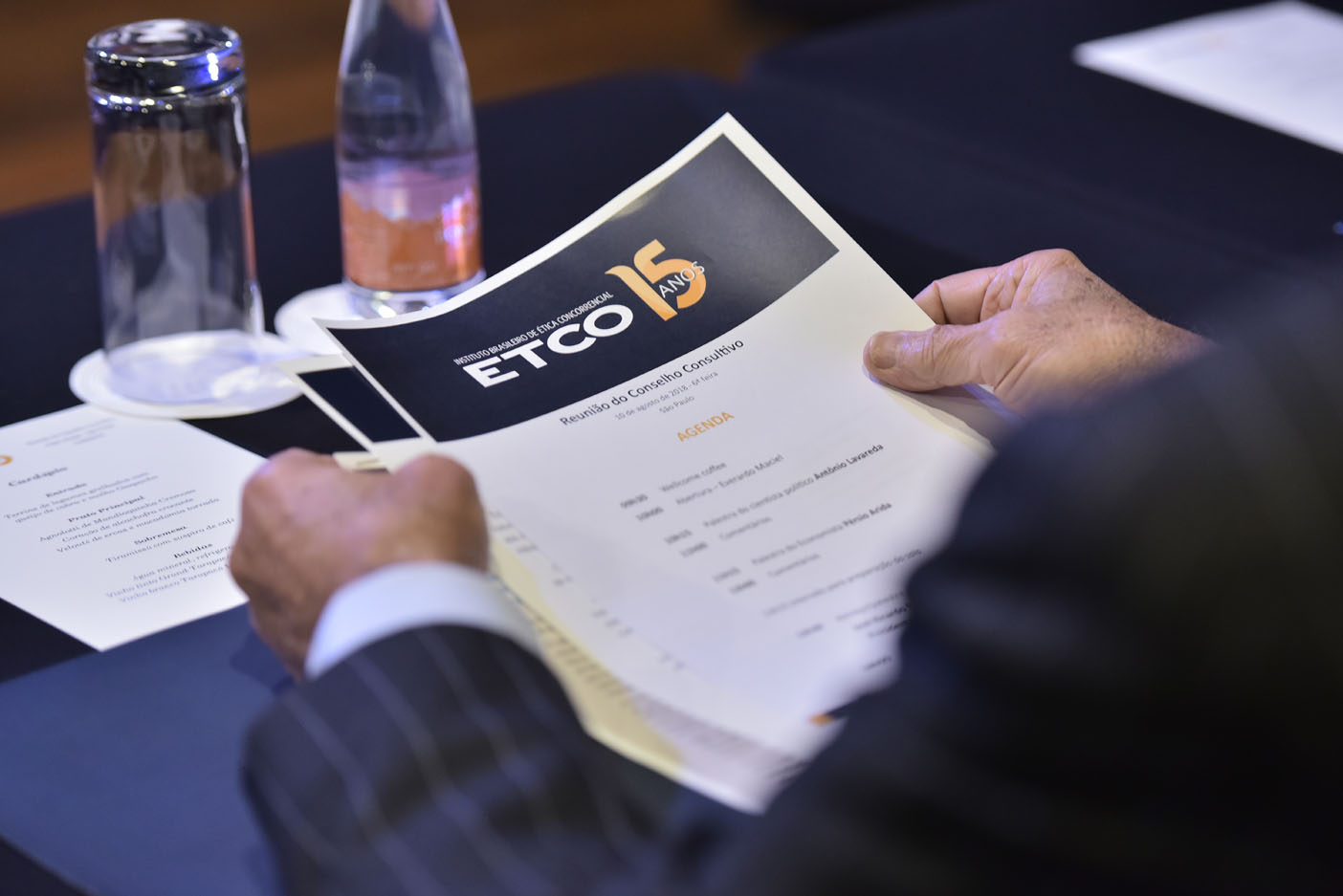 Last Friday, 10/08, the ETCO Advisory Council met in São Paulo, in an exclusive event, which celebrated the Institute's 15th anniversary.

In this event, in addition to the members of the advisory and management councils, formed by big names in the business sector, lawyers, intellectuals and leaders from different sectors, the meeting was attended by special guests who, over the Institute's 15 years, contributed and contribute to the consolidation of competitive ethics.

The event was opened by the Chairman of the Board, Everardo Maciel, who took the opportunity to welcome the new Director of ETCO, Professor Gesner Oliveira.

Council members received political scientist Antonio Lavareda, one of Brazil's leading experts on elections. Lavareda provided the participants with a critical and in-depth analysis of the Brazilian electoral scene, on the eve of a highly contested majority election.

Next, ETCO had the opportunity to listen to economist Pérsio Arida, one of the creators of Plano Real, who in an objective and informal conversation, spoke about medium and long-term projects that, in his understanding, are fundamental for the development of the country and that are part of the program for one of the presidential candidates.

During lunch, the councilors were able to follow the presentation by the acting president of FIESP and CIESP, José Ricardo Roriz Coelho, on the challenges of industrial competitiveness in Brazil.