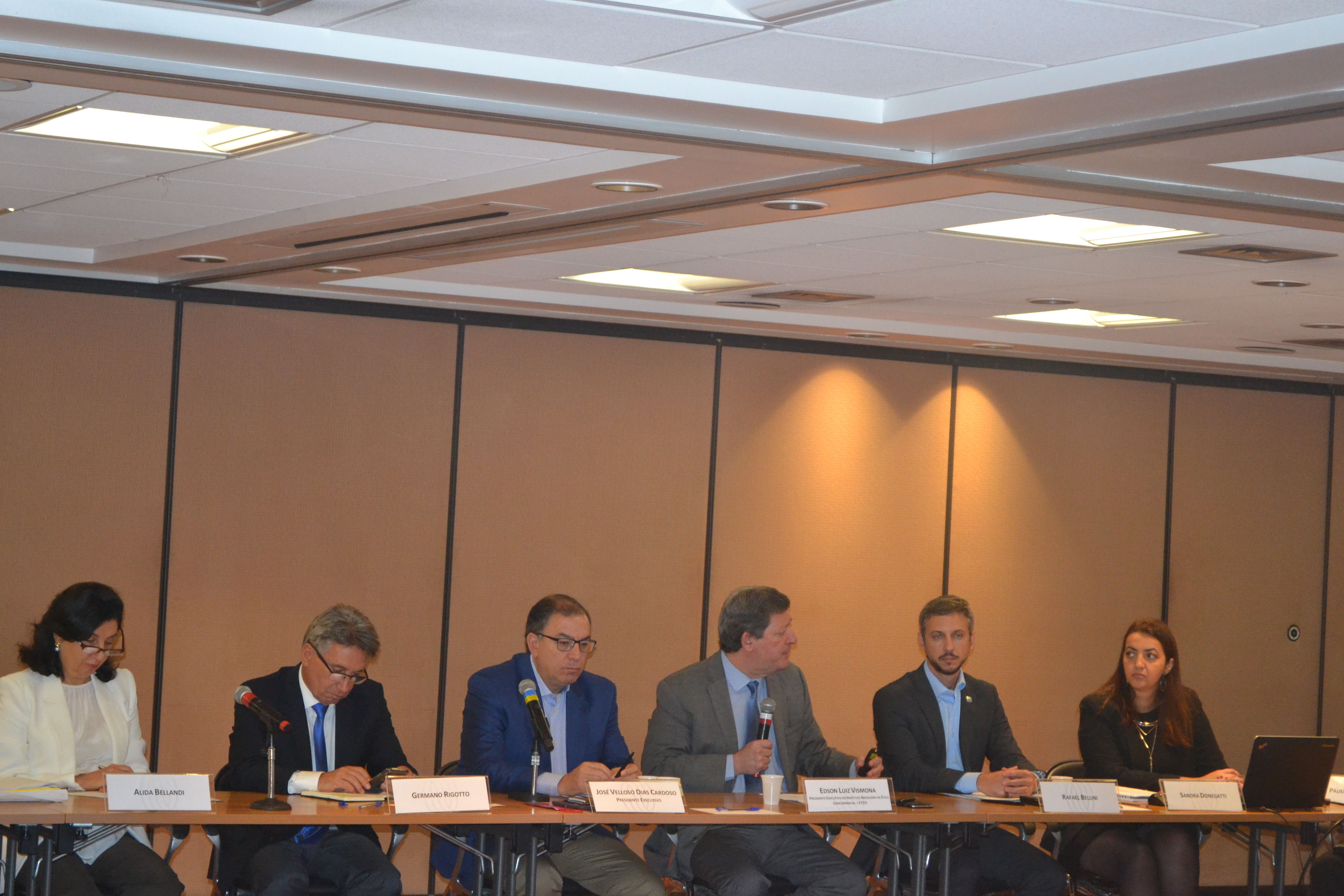 “There is no developed country that does not have an ethical vision and the defense of the law as its foundation,” said Edson Luiz Vismona, president of the Institute of Ethics in Competition (ETCO), during a meeting with members of the National Council of the Machinery Industry (CONIMAQ) in last February 21st, at ABIMAQ headquarters, in São Paulo.
Vismona presented a survey conducted by the FNCP that shows a total loss of more than R $ 146 billion involving only 15 productive sectors with the illegal market (R $ 100 billion) and tax evasion (R $ 46 billion) in 2017. “The survey, carried out since from 2014, it was done in order to sensitize the media, society and the government to the theme, as we cannot accept deviations from this amount for a country that wants and needs to resume growth ”.
ABIMAQ's executive president, José Velloso, based on the data presented, stressed that the high tax burden and all other accessory obligations charged to companies, are the “iron ball” tied to the feet of Brazilian businessmen, to paraphrase the minister of Economy Paulo Guedes.
According to him, after the pension reform, the approval of a Tax reform must be worked hard by the Federal Government so that we can simplify and relieve companies, allowing them to invest in their businesses. Another point commented on was the importance of compliance for companies and associations, citing as an example the Code of Conduct and Ethics, prepared by ABIMAQ.
Finishing its participation, Vismona stressed that companies are concerned and committed to strengthening the ethical culture, so that these rules are observed by customers, suppliers and business partners to remain competitive in the national and international market, while facing the challenges internal and external taxes imposed on those who undertake in Brazil. In his view “For all the adversities to be overcome daily, the Brazilian entrepreneur has a heroic posture of demonstrating competence”.