What Brazil can gain from the cancellation of persistent debtors

In an article published in the newspaper O Estado de São Paulo on 9/06, Edson Vismona, president of ETCO, talks about the judgment of ADI 3952 by the STF that should take place today and deals with the cancellation of the registration of persistent debtor companies 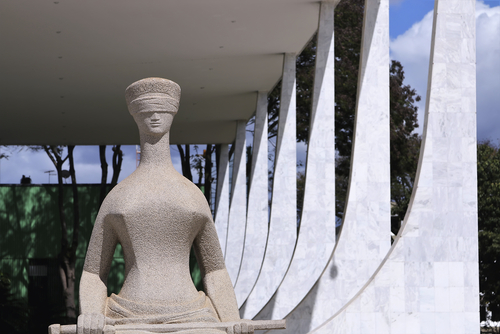 With a record primary government deficit in 2020, as a result of the pandemic and the drop in revenue generated by the crisis, it is even more necessary and urgent to fight the so-called persistent debtors – companies that structure their businesses so as not to pay taxes, intentionally. In this way, Brazil could further expand the competitiveness of its industry and commerce and increase the collection of public coffers, helping the economic recovery in the coming years.

The debate gains new momentum with the vote on the Direct Constitutional Action (ADI) 3952 by the Superior Federal Court, scheduled for June 10, which provides for the cancellation of registration of tobacco companies due to non-payment of taxes.

A persistent debtor company is one that adopts an intentional method to gain competitiveness through non-payment of taxes. The entrepreneur declares to have a tax debt, but repeatedly and premeditatedly does nothing to pay it off. The non-payment of taxes, repeatedly, allows the habitual ones to practice prices much lower than the competitors, harming the legal market. It is important to differentiate these companies from companies that eventually fail to pay taxes due to specific problems.

Permanent debtors benefit from the lack of a law to distinguish them from other types of debtors and from tougher rules to punish them. Thus, the persistent debtor has no conviction, postponing with endless administrative and judicial resources, including the use of "orange" companies, causing losses to the country that exceed R$ 100 billion (active debt) only in the tobacco and fuel sectors , according to data from the Attorney General of the National Treasury. If we consider only the frequent debtor tobacco companies, the collection for Brazil could reach R$ 2.1 billion per year if they declared and paid taxes properly, according to industry data.

In this unusual situation, which harms taxpayers in good faith and the treasury, Brazil has one of the highest tax burdens compared to countries at the same level of development, burdening companies and society as a whole. Tobacco companies, for example, that operate legally in the country strictly comply with all the rules that guide the manufacture of the product and bear a tax that varies from 70% to almost 90% in some states, however, they face unfair competition from and also the brutal consequences of cigarette smuggling, which lead the national market, with 57% share.

This reality demonstrates the importance of the issue of cancellation of registration of persistent debtors in the tobacco sector, under discussion for about 13 years in the STF – and for 2 years without the proclamation of the result of the judgment that has already taken place. The approval, which returns to the Supreme Court's agenda on June 10, may help to change this scenario of damage to the competitiveness of the legal industry and to the public treasury, consolidating an important advance in the fight against illegality and the corrosive action of the country's inhabitants.

The damage caused by the contumas is so great that at least two bills are under discussion in the National Congress. The first (PLS 284/2017) presented in 2017 by senator Ana Amélia Lemos and the other, an initiative of the Executive Branch, in the Chamber of Deputies (PL 1646/2019). Both establish criteria to identify and punish companies that use this repeated and malicious practice to avoid tax obligations.

It is time for us to validate the means to fight transgressions that harm the whole society. These decisions can no longer be put off.