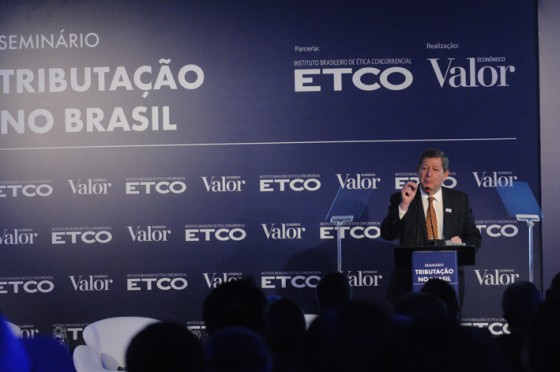 The Taxation Seminar in Brazil was held this Tuesday (23/7) in São Paulo. The event, an initiative of the  (ETCO) in partnership with the newspaper Valor Econômico, brought together several experts to discuss the main challenges facing the country in the tax area.

Everardo Maciel, former secretary of the Federal Revenue Service, assesses that conversations about taxes in Brazil suffer from the perpetuation of some myths. "We were debating whether we should reproduce foreign models and the simple merger of taxes and we left aside the analysis and the confrontation of fundamental issues such as the excess of litigation in the system and the enormous legal uncertainty that companies face," he said.

Edson Vismona, president of ETCO, believes that the tax system in Brazil is indeed complex, but that is not the problem. “In all nations, this is not a simple topic. But in Brazil, the issue became chaotic. We have to respect the responsible taxpayer and fight the frequent debtor, simplify and rationalize the system. And we also have to carry out a thorough reform of the state in order to optimize the use of public resources ”.

According to the assistant attorney general of the National Treasury, Phillippe Pires de Oliveira, one of the points of attention is the need to control the effectiveness of the benefits resulting from tax incentive policies. "When it comes to tax reform, the sectors involved always question public officials about how they will be affected in the face of possible benefits in progress"

Marcos Lisboa, economist and president of Insper, said that tax distortions in Brazil end up stimulating inefficiency. “It happened with the CPMF, which ended up leading many companies to internalize part of the production as a way to eliminate this financial cost. But, as a rule, this ended up worsening the production process of these companies, ”he said.

Efraim Filho, federal deputy (DEM / PB) and president of the Parliamentary Front to Combat Smuggling, stressed the importance of a change in the mentality of the authorities and the population. “It is necessary not only to change the law, but the culture in Brazil, which sees smuggling as something less serious. The Brazilian needs to understand that those who dominate the illegal market today, as in the case of cigarettes, in which 54% of the products sold here are illegal, are the same groups that control drug trafficking and bring violence to the country's cities. This is a lose-lose game, which only inhibits the country's growth ”