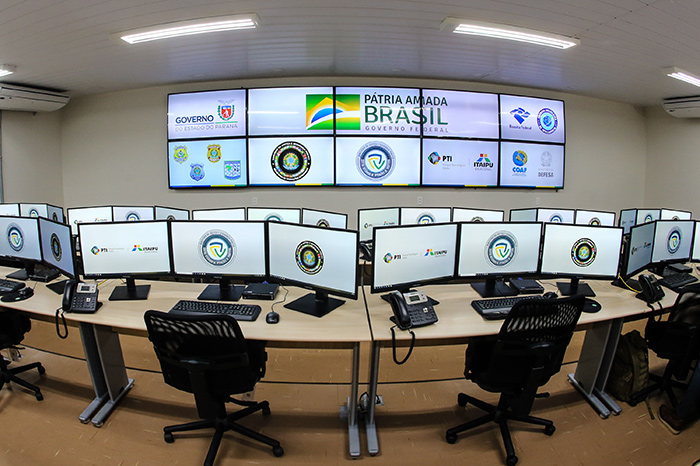 Control room inaugurated in Foz do Iguaçu: different forces of repression united in the fight against transnational crime

An important advance in the fight against the illegal market in the country was the inauguration, in December, of the Integrated Border Operations Center (Ciof), in Foz do Iguaçu (PR). It is a project that integrates the actions of different government agencies with a relevant role in combating transnational crimes, such as the Federal Police, Federal Highway Police, National Intelligence Agency, Ministry of Defense, Financial Intelligence Unit (the former Coaf) , Internal Revenue Service, Department of Asset Recovery and International Legal Cooperation and the National Penitentiary Department.

Ciof was implemented in an area of ​​600 square meters in the Itaipu Technological Park, in Foz do Iguaçu, at the initiative of the Ministry of Justice and Public Security.

In addition to the Center for border security, in 2019 the federal government implemented three Integrated Public Security Intelligence Centers in the Northeast, South and North regions and a National Center in Brasília.

The integration of the forces of repression to border crimes is one of the main flags defended by ETCO in the fight against smuggling and the entry of pirated and counterfeit products in the country. It is the number 1 proposal in document 10 Measures against the Illegal Market, prepared at from a survey conducted by the Center for the Study of Social Economic Law (Cedes), in 2018, at the request of ETCO. In January, the Institute's executive president, Edson Vismona, took the document to the then newly installed minister Sérgio Moro in an audience at the Ministry of Justice and Public Security, emphasizing the importance of integration.

According to the minister, Ciof will function as "a permanent task force, with the objective of preventing and suppressing border crimes". And it can also serve as a basis for greater integration with the repressive forces of other nations. "The tendency, in the future, is also to seek representatives from countries that border to work in the integrated center", said Moro.