Seminar on tax reform in partnership with Valor Econômico newspaper 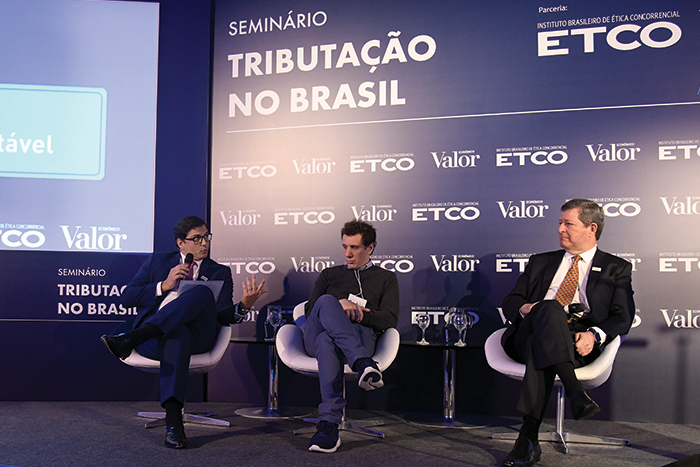 ETCO has joined the newspaper Valor Econômico holding an event on tax reform. The Taxation seminar in Brazil took place in July and brought together important names from the political, economic and legal scene. They debated the positive and negative points of the two main tax reform proposals under discussion in the country at that time: PEC No. 45/2019, presented in the Chamber of Deputies, and PEC No. 110/2019, in the Federal Senate.

The seminar featured lectures by tax expert Everardo Maciel, former secretary of the Federal Revenue (1995 to 2002) and president of the ETCO Advisory Council, the executive president of the Institute, Edson Vismona, federal deputy Efraim Filho (DEM-PB), the economist Marcos Lisboa, president of Insper and former secretary of Economic Policy of the Ministry of Finance (2003 to 2005), of the assistant attorney general of the National Treasury, Phelippe Toledo Pires de Oliveira, and of the tax attorney Roberto Quiroga, professor of Tax Law at the University of São Paulo (USP) and FGV Direito SP.

The following is a summary of the points highlighted by each speaker.

The targets should be other 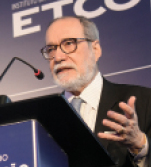 Tax attorney Everardo Maciel criticized the reform proposals under discussion in the National Congress. In their assessment, they do not solve the most serious problems in the current system: high litigation, legal uncertainty and bureaucracy. And they do not address the main tax issues currently under discussion in the world: the erosion of tax bases, the taxation of the digital economy and the designation of new sources of Social Security financing.

Regarding PEC No. 45, it predicted consequences that could represent problems or generate resistance from society, such as: transferring taxation from large companies to 850 thousand contributors to the presumed profit regime and to civil construction; increase in the price of services such as health insurance and private school; emergence of new forms of tax evasion; increased litigation, including questions about its impact on the federal pact; and increased complexity during the transition period.

Valuing the good taxpayer and punishing the bad 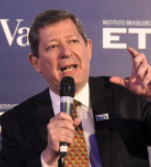 ETCO's executive chairman, Edson Vismona, said he feared that attempts to radically change the tax system would not progress because it involved so many interests and legal discussions. He defended a reform that has as principle to value and to simplify the life of the good taxpayers and to increase the rigor against the bad ones. In the case of the former, he cited proposals such as the creation of a single tax register, the simplification of the processes of opening and closing companies, the elimination of the requirement for a negative certificate, the universal compensation of taxes, the annual consolidation of legislation and the setting of deadline for responding to tax consultations.

In order to combat bad payers, he defended the approval by the Senate of PLS ​​284/2017, which authorizes a more rigorous treatment for regular tax debtors; the reintroduction of a physical control mechanism for the production of the beverage industries to prevent tax evasion; and a review of taxation on the cigarette sector to reduce the advantage of smuggling, which already controls more than half of the market in the country.

The principles of good reform 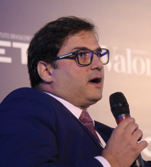 The Deputy Attorney General of the National Treasury, Phelippe Toledo Pires de Oliveira, listed some principles that he considers fundamental in tax reform: being economically sustainable; reassess the distribution of taxes between consumption, income and wealth; reduce the complexity and litigation level of the current system; respect the federative pact; review tax benefits; reform the tax collection process; and combat the tax evader and the persistent tax debtor.

"The judicial discussions of tax litigation sometimes take twenty years," he said, recalling that the delay ends up benefiting figures such as the debtor. “Most of the time, they are companies that have nothing in their name. So the problem is the timing in relation to the time of inspection and the time of collection, which the incumbent debtor will discuss administratively and judicially, postponing the payment until after ten years, when there will be no more equity. ” According to him, the approval of PLS ​​284/2017 would bring a quick solution to this problem.

Distortions that need to be corrected 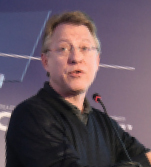 Economist Marcos Lisboa cited aspects of the current tax system that, in his view, constitute distortions to be corrected by tax reform. He defended a uniform rate for all sectors and substitution of fiscal incentives for public spending. “Do you want to benefit a sector, a company, do you bet on the project? Great. Taxation has to be the same for all sectors, so raise funds and, via the Assembly or Congress, make an allocation to support project A, B or C, which has transparency, has control of society. ”

He also argued that indirect taxes should be levied at the place of consumption, rather than at the origin of the goods, to promote more efficient allocation of resources and reduce the fiscal war. He acknowledged, however, that collection at destination favors tax evasion. He also recommended the reduction of corporate income tax and the taxation of the distribution of profits to shareholders, now exempt. Finally, he spoke about the need for measures to increase legal certainty and reduce tax litigation. "Today, it is dysfunctional."

The escalation of tax litigation 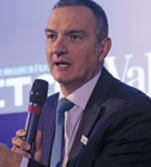 Tax attorney Roberto Quiroga expressed doubts about the feasibility of a tax reform along the lines of the proposals under discussion in the National Congress in mid-2019. “One must be very careful with this combination of taxes and especially with the federative issue. It will be very difficult, in my view, to host a reform project in which the three spheres come together. ”

For Quiroga, one of the most urgent problems is the escalation of tax litigation. “Today, the size of Brazilian tax litigation is equivalent to half a GDP, close to R $ 3,3 trillion. These are topics of great theoretical discussion that end up being discussed in the administrative area and in the judicial area ”, he said. According to him, in addition to affecting the State's collection capacity, the situation penalizes companies, which need to present financial guarantees to be able to discuss issues in court - which generates costs and, as the volume of litigation increases, may compromise their ability to investment.

Changes should enhance the productive sector 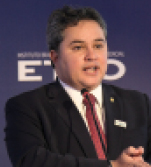 Federal deputy Efraim Filho argued that tax reform should have PEC No. 45/2019 as its backbone, pending before the Chamber of Deputies. He acknowledged that the issue is difficult, as it involves many interests and raises complex issues from an economic and legal point of view. But he said he thought it possible and preferable to pass a deeper reform in the current legislature. "You have to conceive something new," he said. "Making a patch will not do any good, because a patch on rotten fabric tears."

Efraim also expressed the opinion that the reform should not only focus on the State's revenue interests, but must also value the private sector. “It is necessary to prioritize those who produce in Brazil. Whoever produces in Brazil can no longer be the villain of history. The productive sector today is seen with a presumption of guilt ”, he lamented. “The rules today are to facilitate collection. They are not to make life easier for the taxpayer, nor for simplification. ”