“I am in favor of not-so-drastic reforms”

For tax lawyer Roberto Quiroga, proposals for profound changes have little chance of advancing because of the natural clashes of the democratic regime 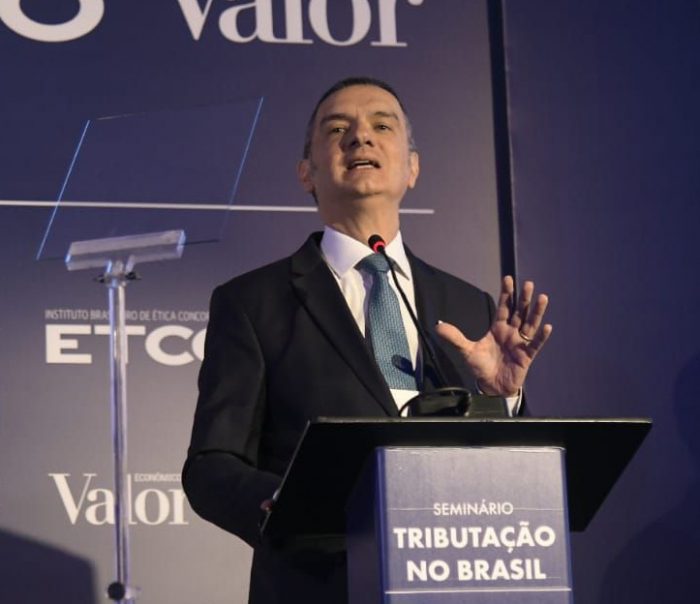 Professor of Tax Law at the University of São Paulo (USP) and FGV Direito SP Roberto Quiroga Mosquera questions some of the assumptions that underpin the proposals for tax reform. According to him, it is not true, for example, that Brazil taxes income a little. Including in the account, in addition to the Income Tax, the contributions to the INSS, both levying on salaries, he calculates that today 60% to 65% of the federal revenue falls on the remuneration of Brazilians. He also discusses the claim that the tax system is very complex, remembering that the vast majority of citizens and companies integrate easier to operate regimes, such as Simples, the presumed profit and the simplified version of the Individual Income Tax.

But Quiroga sees major problems in the current system - and his presentation, at the Taxation Seminar in Brazil, promoted in partnership with ETCO and the newspaper Valor Econômico, sought to point the spotlight in their direction. One of the most serious, in his opinion, is the situation of Brazilian tax litigation, an evil that affects mainly large companies. In his assessment, if the problem is not solved in the next two years, the guarantee capacities that companies are obliged to give while the lawsuits are discussed in court will be exhausted, which may cause even more macroeconomic losses to Brazil.

Quiroga also spoke about the reform proposals under discussion in the country today, foreseeing difficulties in approving very profound changes due to the natural clashes with the democratic regime. Following is a selection of excerpts from the lecture:

The myth of low income taxation

“Today, income tax for individuals and companies, and if we also take the INSS, which is a tax on pay, on wages, the sum represents something around 60%, 65% of the entire federal tax collection . ”

“In addition, we have an additional R $ 250 billion, R $ 300 billion of PIS / Cofins, which is levied on revenue. So, if we take all the federal revenue, 80% will be on income and billing. Therefore, a first statement that in Brazil we do not tax income is a lie. ”

“It is no use simply saying this: now I will tax income more and stop taxing consumption. I will not be able to raise enough for the public expenditure that I have. ”

“Today, the size of Brazilian tax litigation is equivalent to half a GDP, close to R $ 3,3 trillion. Unlike the old, poor quality litigation, today we have a very large one of good quality. These are theses and topics of great theoretical discussion, which end up being discussed in the administrative and judicial areas. ”

“This basically represents a group of 15 thousand companies, or something around 2,5% of all Brazilian legal entities, which pay on the real profit and are responsible for 70% of the entire collection, whether federal, state, be municipal. ”

Too much power with the tax authorities

“I am from the time of tax law when we had normative opinions, which in a certain way would resolve some interpretations and some doubts. But today we are at the time of the CARF, that is, the assessment is made, the judge goes to the administrative court to judge the matter, a thesis that was developed within the inspection, with qualified fines of 150%, with subpoena under the tax and criminal point of view and also with asset constraints. ”

Ten years of discussion in court

“It is not easy to discuss a tax issue within a Federal Court. Judges demand guarantees, cautions, this is costly for a company. ”

"I have a very serious panorama of litigation, which will end up generating a very serious discussion in the Judiciary, within ten years, and a decapitalization of companies to discuss this topic."

“How are we going to be able to ease or reach a consensus on this litigation so that it cannot generate a Capex (Capital Expenditure) problem?”

"I am very much in favor of reforms that are not as drastic as those that are intended to be carried out."

“It is not true that these imports of tax models practiced abroad will really give us the facility, what we imagine in terms of simplicity or even operability for our tax system. Great care must be taken with this combination of taxes and especially with the federative issue. ”

“When the accounts are done, I doubt that the governors will seal a division where a management committee will raise its appeal, will manage the resources, discuss in court. It will be very difficult, in my view, to host a reform project in which the three spheres come together. ”

"The great moment when we had a major constitutional change was in 1965, with Constitutional Amendment No. 18. Let's remember that it was the period of the dictatorship."

"We are in a democratic regime, where lobbies, all political flows and counter-flows of interests will have their differences."

“How can we prevent cigarette smuggling? Eventually companies that produce premium cigarettes may start to produce cigarettes of another quality to compete with the tax evader. This happened in the institution of the presumed profit regime in Brazil. When Everardo Maciel made the presumed profit legislation in 1995, he said the following: What is the simplest way to evade? It is called ´note purchase´. How much does a note cost? 10%. We will do a taxation close to 10% to compete with the tax evader. This is Brazil. We have to create solutions for Brazil, since we have specific circumstances here. ”

Patching won't do any good