"The attitudes of our political leaders have not been inspiring ethics"

Maria Tereza Sadek, a professor at the Department of Political Science at USP, with three postdoctoral degrees, carried out in Brazil, the United States and England, develops research on the Brazilian judicial system. Author of several books, she was director of the Department of Judicial Research of the National Council of Justice (CNJ) 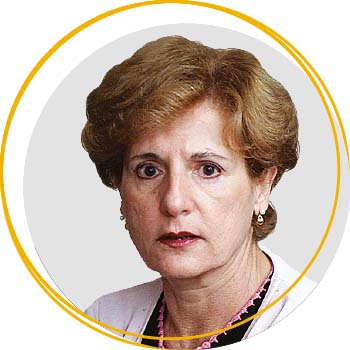 We live in a very delicate period, in which fake news spread through social networks at an uncontrollable speed. Lies can easily prosper, for the benefit of those who create and inspire them.

In this scenario, ethics gains even greater importance, as a principle that should guide conduct. It is a foundation without which all economic, political and social development will be very vulnerable and subject to serious setbacks.

The value of the example

When it comes to competition ethics, ETCO has certainly made a difference in Brazil, either by preparing robust diagnoses or by proposing measures capable of improving the business environment.

The analyzes published by ETCO have shown how the absence of ethical parameters interferes with economic and social development. The Institute's campaigns are very important in this regard. And they draw attention to the importance of example, which needs to “come from above” to positively influence all layers of society. People's conduct is a direct reflection of the current parameters in the society in which they live. Unfortunately, the attitudes of our political leaders have not been ethically inspiring.

Tip of the iceberg

Among ETCO's most outstanding campaigns, I would highlight those that draw attention to the harm resulting from product counterfeiting. “Pirate” cigarettes, for example, harm users' health and favor tax evasion, resources that could be applied in education, health and infrastructure, among other public investments.

The proliferation of street vendors, who sell cigarettes and a host of other counterfeit products, encourages not only downright unfair competition, but many other problems as well. It is known, however, that these issues are extremely complex, as they involve a wide network, which has only the tip of the iceberg in the activities of street vendors.