The Ibope Inteligência/Ipec survey indicates a drop in the share of the illegal product, but the result may be temporary 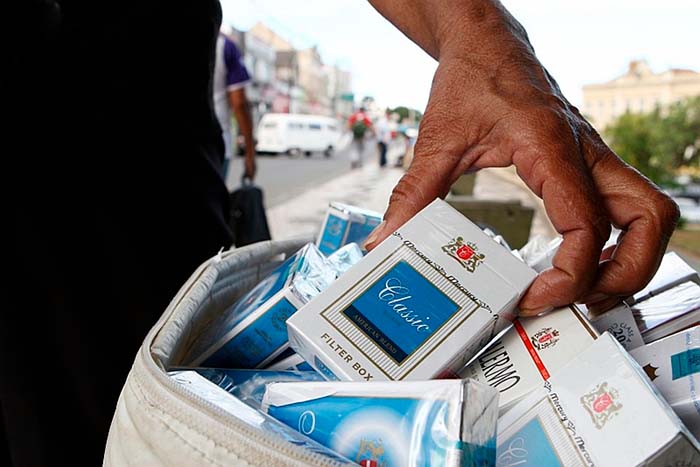 The illegal cigarette market, made up of product smuggled from Paraguay or clandestinely manufactured in Brazil, had a drop of 8 percentage points in 2020. Even so, it continues to represent practically half of the market: 49% of cigarettes consumed in Brazil are illegal . They do not pay taxes or respect the regulations of the health surveillance bodies.

The data are from the most recent survey by Ibope Inteligência/Ipec, which studies the cigarette market since 2014. The institute interviewed 9 smokers aged between 18 and 64 years across the country, between October 2020 and January this year.

This was the first drop in the illegal market after five years of strong growth. In 2015, the contraband or illegal product represented 39% of the total consumed in the country, a number that reached 57% in 2019. 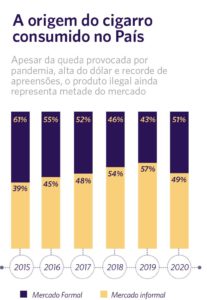 According to the executive president of ETCO, Edson Vismona, the reduction is related to two specific factors and, therefore, cannot be celebrated as a definitive victory in the fight against illegal cigarettes. One of them was the pandemic, which reduced the movement of people, caused partial closure of borders, a lockdown in Paraguay and interrupted some smuggling flows.

The other factor was the rise in the dollar, which made the product smuggled from Paraguay more expensive. With the US currency above BRL 5, the average price of illegal cigarettes sold in Brazil rose from BRL 3,44 in 2019 to BRL 4,44 last year. Thus, it came close to the price of the legal product, which pays 70% to 90% in taxes and costs an average of R$7,51. 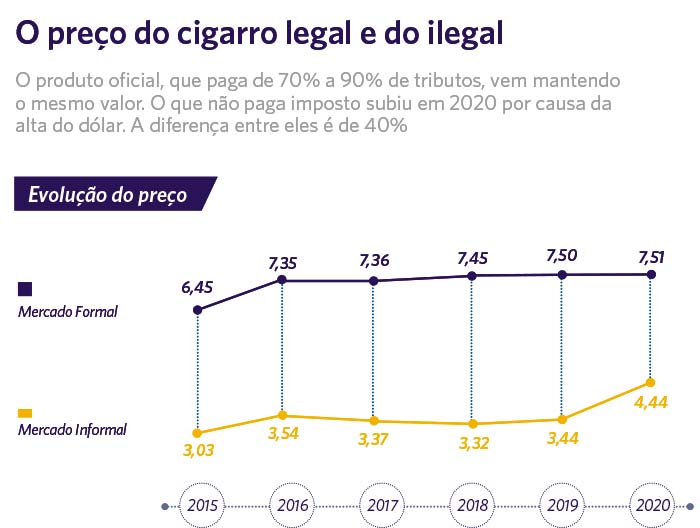 However, Vismona highlights a factor that deserves commemoration: the increase in illegal cigarette arrests by the Brazilian police. “The shock caused by the pandemic has impacted the economy in general. This set of factors, added to record seizures at borders and roads, inhibited illegality, leading to this interesting scenario of reduction, which, unfortunately, is punctual”, says the president of ETCO.

Economist and professor at the State University of Western Paraná (Unioeste), Pery Shikida, agrees that the reduction in illegality is related to the pandemic scenario. “Any other interpretation would be wrong,” he says.

The reduction pointed out by the survey by Ibope Inteligência/Ipec explains the increase of R$ 1,2 billion in tax collection in the cigarette sector in 2020, compared to the previous year. "This shows that if we change the economic variables, in order to attack the illegal product, the national legal market has all the capacity to assume this portion, generating employment and revenue, without resulting in an increase in consumption", says Vismona.

Even with the fall, the losses to the country remain enormous. Based on the study data, it is calculated that organized crime earned R$ 8 billion and caused losses to the public coffers of R$ 10,4 billion in uncollected taxes. The amount would be enough to create 18 thousand Basic Health Units (UBS), 58 thousand ICU beds or 94 thousand popular houses.

According to the survey, 53,9 billion illegal cigarettes were consumed in Brazil last year. Of this total, 38% arrived through smuggling and 11% were produced here by companies that do not collect taxes. Among the ten brands most consumed by Brazilians in 2020, four are illegal, such as the Paraguayan Eight, second in the ranking.

Cigarettes were responsible for 66% of the volume of illegal products seized by the IRS in 2020. There were 4,5 billion units in the year. “We've had record arrests and overt policing these past few years. However, despite being essential, this alone will not help us in this war against the entry of illegal products into Brazil. This is because the operation is worthwhile for the smuggler, as it is of low cost and high yield”, says the professor at Unioeste. According to Shikida, the penalties for those caught smuggling cigarettes usually range from providing community service to three years in prison.

The most important thing, he says, is to act on the economic causes of the problem. “The big point is the tax issue, which should be discussed. In Brazil, taxes on cigarettes range from 70% to 90%, depending on the state. In Paraguay, the product is taxed at just 18%”, he explains. This difference represents the potential profit from smuggling.

The president of ETCO agrees. “The discussion on taxation in Brazil is fundamental. Raising the cigarette tax means turning the Brazilian market over to smuggling, exponentially increasing criminal profits.” 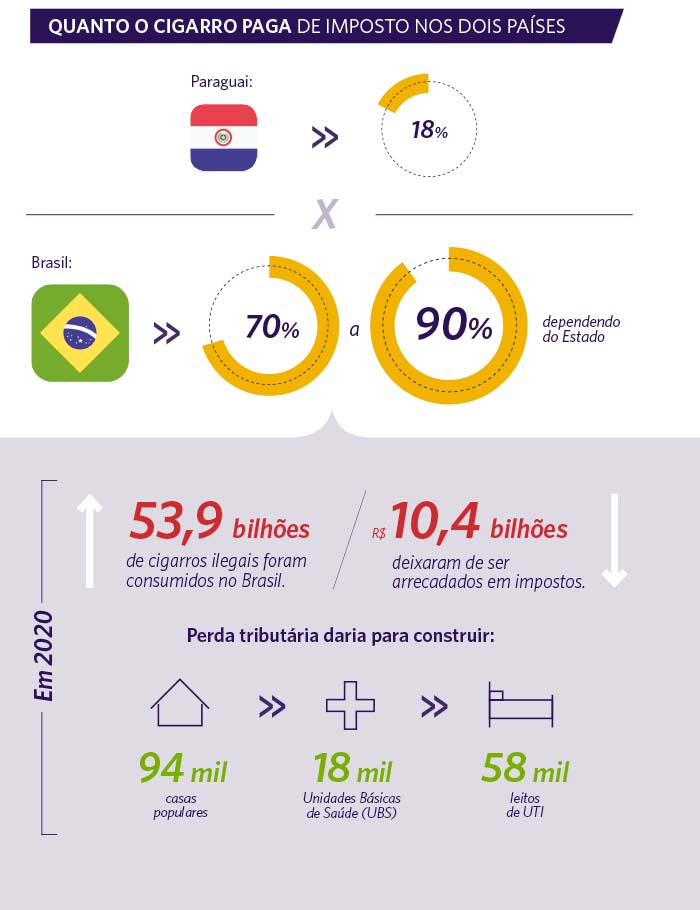