"Confidence and perseverance in the fight against ethical deviations"

Marcílio Marques Moreira, economist and diplomat, was ambassador of Brazil to the United States government (1986 to 1991), minister of Economy, Finance and Planning (1991 to 1992) and president of the Public Ethics Commission of the Presidency of the Republic (2005 to 2008). He was chairman of the ETCO Advisory Board (2006 to 2015). 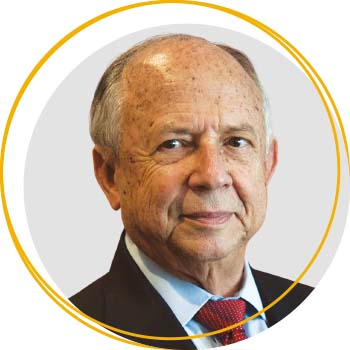 Ethics is an indispensable value in any society that really seeks the best for its members, because it corrects the misconduct that takes us away from the common good. In Brazil, we still suffer from a type of deviation that is the capture of public policies for the interests of specific groups: partisan, ideological, material… This capture occurs daily. Some say that this ethical deviation is a legacy of patrimonialism, which rightly places personal patrimony above general patrimony. Unfortunately, I realize that in recent times there has been a deterioration in respect for ethics in Brazil.

The existence of organizations like ETCO to combat deviations is very important worldwide. Abroad, there are institutions linked to the OECD, the European Union and other bodies with very decisive action in defense of ethics.

When I assumed the presidency of the ETCO Advisory Board, one of the first projects we carried out was the trilogy Culture of Transgressions in Brazil: Lessons from History, Visions of the Present, Scenarios of Tomorrow, edited by me, former president Fernando Henrique Cardoso and by other names. In three editions, we brought together great thinkers to address the historical roots, the present situation and future perspectives of the culture of corruption and ethical deviations in the country.

In the future, I would like to see Brazil facing more vigorously the frequent deviations in the relations between the public and the private, the captures and kidnappings of public policies by private interests, which are seen a lot even in the National Congress. These kidnappings are very harmful to the country.

There should be an intense institutional effort to fight deviations and defend ethics, with the characteristic of a deep attention to two aspects: trust and perseverance. Because if you don't trust it, it's a waste of time and effort. Perseverance is also essential.

In the Letter to the Romans, St. Paul says that we must also rejoice in misfortune and turmoil, because turmoil requires perseverance, a good virtue that leads to hope, which, when authentic, does not usually disappoint.