Manifesto, signed together with 187 other associations from the industrial and service sectors, criticizes the quality of the proposal, its negative effects on the economy and people, and the swift process 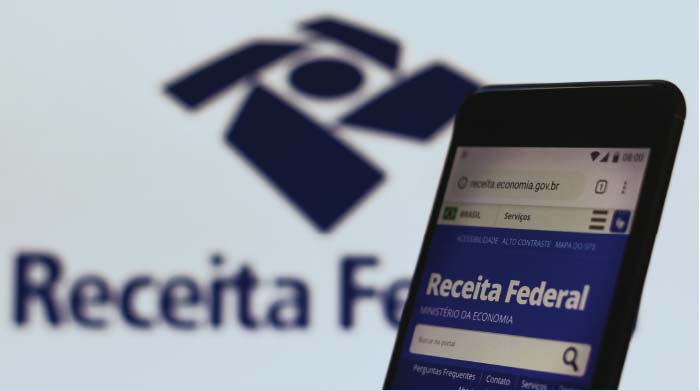 Bill 2337/2021, presented by the federal government and hastily approved by the Chamber of Deputies, represents a step backwards in the legislation on Income Tax and the taxation of profits and dividends. This is the official position of ETCO and 187 other entities representing the productive sector that signed a manifesto in August pointing out the negative impacts that the approval of the project would bring to the country.

ETCO's executive president, Edson Vismona, criticized the lack of debates with society and the quality of the data presented to support the project. “What will the changes result in? What consequences will the proposal generate? There are controversies regarding the numbers presented”, he stated. “It is essential to further assess the scope of these measures. The numbers presented do not speak to the numbers that the sectors are calculating.”

PL 2337 was presented in June by the Executive Branch. In August, right after the parliamentary recess, the president of the Chamber, Arthur Lira (PP-AL), coordinated a maneuver to approve voting on the topic directly in the plenary, as a matter of urgency, without going through the committees that normally evaluate the projects.

The manifesto signed by ETCO considered "untimely the assessment in a rushed manner, without debates in the permanent committees, in which specialists could express their understanding, and with voting in a virtual plenary, of a project that profoundly changes the successful structure of the Tax on Brazilian income”.

The document questioned the priority of the discussion of the Income Tax legislation at a time with so many other more urgent challenges, such as the health crisis, fiscal and exchange risks, inflationary threats and high unemployment.

In the assessment of the 93 entities that signed the text, PL 2337 starts from an imprecise diagnosis and does not present a consistent forecast on the impacts that the proposed changes would have on prices, companies and federative entities. It also does not consider "the harmful effects of the taxation of dividends instead of the current taxation technique concentrated on company profits, especially with regard to the spurious incentive to tax evasion, through the disguised distribution of profits, and abusive tax planning , the simplicity of collection for the tax authorities and the taxpayer, the vulnerabilities in the collection of a tax that is shared by all federative entities and the limitations on the freedom to choose investments”.

Another criticized point is the end of the deduction of interest on equity (JCP) from the income tax basis. The manifesto recalls that this instrument encourages investments by shareholders themselves, making companies less dependent on more expensive financial market resources. And he draws attention to the fact that the proposal takes place "precisely when the European Union has just recommended to its member countries the adoption of an analogous institute, with tacit recognition of Brazil's pioneering spirit."

Also according to the document signed by ETCO, the text approved by the Chamber will represent an increase in the tax burden for many companies, especially those opting for the presumed profit regime, and for many individuals, due to restrictions on the use of the simplified discount. And it could also cause a reduction in the total income tax collection, “with perverse effects for States and Municipalities”.

ETCO and the other entities that signed the manifest recognize the existence of problems in the current Income Tax legislation. "We understand, however, that its assessment is inappropriate and corresponds to an unwanted inversion of priorities, in addition to the lack of transparency, interdiction of debates, increase in the tax burden for individuals and legal entities and loss of tax revenue, especially for States and Counties." Finally, the document recognizes the need to revise the exemption limit for Personal Income Tax. “We defend, however, that this review should operate through an autonomous project”, concludes the manifesto.