The objective is to show society that its future is being robbed by practices such as smuggling, piracy and counterfeiting of products 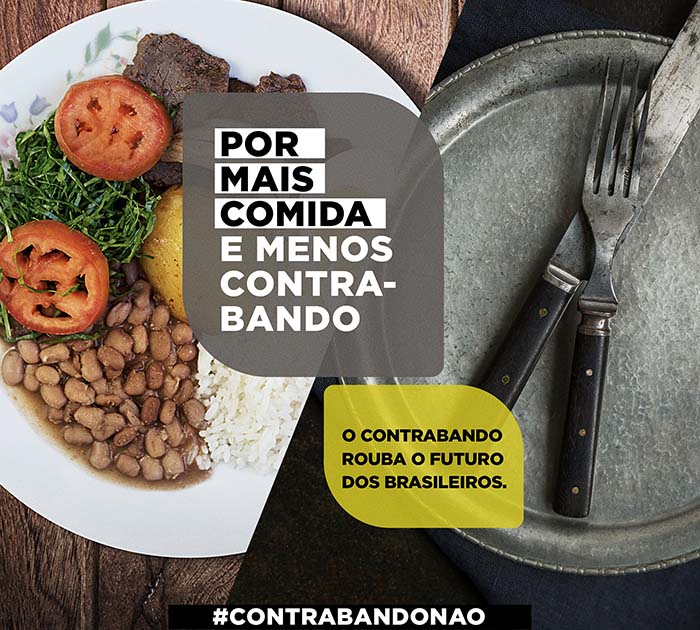 While the country is lost in endless discussions about how to finance an expansion of aid to the poorest without breaking the spending ceiling, smugglers, product counterfeiters and sellers of pirated merchandise are making much larger profits. This is shown by a study by the National Forum against Piracy and Illegality (FNCP), which has followed the size of the illegal market in Brazil since 2014.

According to the survey, which gathers data from fifteen sectors, last year these practices took R$ 288 billion out of the economy. In tax evasion alone, there were R$91 billion – more than the R$80 billion a year needed to provide R$400 per month to 17 million families. The other R$197 billion were losses in the productive sector, which translate into less investment and fewer jobs.

Drawing the attention of the Brazilian population and public authorities to these losses is the objective of the campaign O Smuggling Steals the Future from Brazilians, which is being carried out by the FNCP, to which ETCO is associated. The project started in September and should extend until March of next year. It includes the creation and placement of advertising pieces on open and pay TV, radio, billboards, news sites and social networks.

The campaign also has the participation of influencers such as Ana Maria Braga, Datena, Gil da Vigor and Ricardo Amorim, who are publishing content about the damage caused by smuggling on their social networks. And the content produced will also be made available on a website created especially for the project, at www.contrabandonao.com.br. The forecast is to reach an audience of over 70 million Brazilians

The president of ETCO and FNCP, Edson Vismona, explains that the decision to launch the campaign came from a survey on the main concerns of the Brazilian population today. Four of the most cited problems – lack of jobs, low economic growth, government lacking investment capacity and increasing violence – are aggravated by the illegal market.

Vismona claims that the illicit market steals 173 jobs just in the cigarette sector, which has 49% of the market dominated by smuggling and clandestine production in Brazil. He also recalls that smuggling is usually operated by gangs linked to criminal factions that dominate prisons and act in drug and arms trafficking, fueling urban violence. “The campaign comes to make people aware of the impact of illegal trade. The solution to smuggling must involve measures that affect demand, reducing the advantage that the illicit product has over the legal product in terms of price. And the offer, with the repression of smugglers and tax evaders, is also important, but alone it will not be able to solve the problem in the long run. It is still important to bring the citizen into an active posture of helping to fight the problem”, explains Vismona.

At the same time, ETCO, FNCP and other entities representing the productive sector will intensify contacts with politicians and public authorities to advance the agenda for combating the illegal market in the government and in Parliament. “We are going to work with governments to draw up joint strategies to deal with this problem. If the people who produce, work and fulfill their obligations do not move and react, we are going to hand over the country to the bandits once and for all”, justifies Vismona. 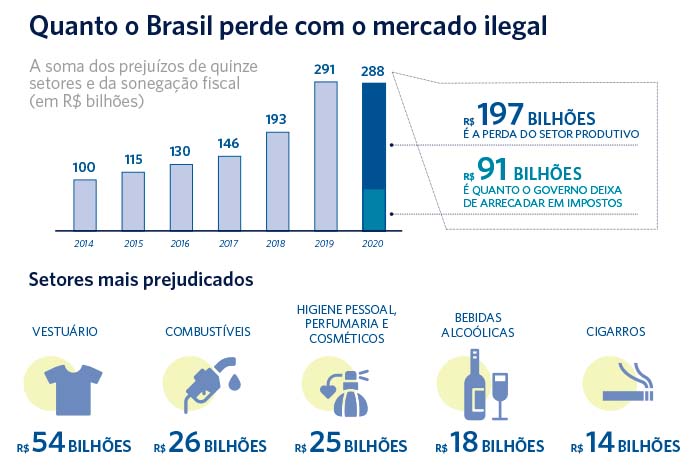