“ETCO has been dedicated to many relevant issues of business ethics” 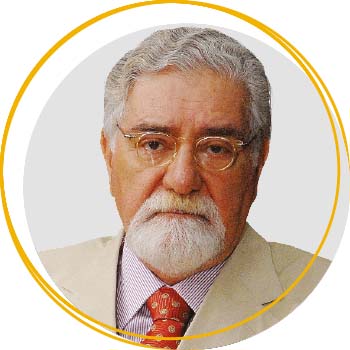 The market does not operate in a vacuum. It requires good rules and qualified institutions. They are the ones who foster trust and build a favorable business environment. This is what a culture of transgressions puts at risk, as highlighted by Marcílio Marques Moreira in the volume Cultura das Transgressões – Visions of the Present, published in 2009, the result of a partnership between ETCO and the Fernando Henrique Cardoso Foundation.

in defense of fairness

Competitive ethics has been ETCO's inspiring focus since its inception. It is not appropriate to examine the complexities surrounding the values ​​legally posited by Competition Law in our Law and in Comparative and International Law. What guides, in my opinion, the ethics of competition is the commitment to create a legal framework so that the creativity and freedom of entrepreneurship takes place within the scope of fairness, which is a valid criterion of justice.

ETCO has worked and been dedicated to many relevant issues related to business ethics issues and concerning the quality of the framework of a business environment. Among them, corruption, which erodes horizontal and vertical trust and undermines respect for institutions, smuggling and tax evasion, which undermine the fairness of business, and this includes issues of tax reform.

ETCO has insisted on the transparency of public policies, which are an ingredient in the predictability of expectations under the rule of law. This contains the discretionary potential of the “government of men”, contrasting with the constructive role for the market and the positive freedom of entrepreneurship of the “government of laws”. These are current matters that deserve the continued focus of ETCO's activities.

The environmental agenda is another area that deserves the Institute's attention, including the growing importance that the ESG agenda has today for corporate governance and its respectability in the domestic and international market. This agenda makes explicit components that are aligned with the “idea to be realized” of the competition ethics that inspires ETCO.