Why is the relationship between tax authorities and taxpayers so contentious in Brazil? How to solve or at least reduce the legal uncertainty of our tax system? To answer these questions, we interviewed dozens of names representing different institutions involved in this problem.
Directors of the National Confederation of Industry (CNI) and of the Federation of Industries of the State of São Paulo (Fiesp) and tax representatives of some of the main law firms in the country addressed the issue from the point of view of taxpayers.

Representatives of the Ministry of Economy and the Attorney General of the National Treasury (PGFN) brought the vision of the State, either in its role of collecting taxes, or in the mission of strengthening the business environment of the country.

The Judiciary's perspective was presented by judges specialized in Tax Law from three instances of Federal Justice. That of the Legislative, by the rapporteur of the bill that converted the Provisional Measure of the Legal Taxpayer into law, which regulated the solution of conflicts between the Tax Authorities and taxpayers through the so-called tax transaction.

To complete the picture, we also interviewed researchers and university professors, as well as representatives of civil society institutions that deal with the topic.

This set of points of view shows that the problem has other causes besides the complexity of our tax system. It also indicates that the solution requires a series of changes in the way we create tax rules, inspect their application and judge litigation. 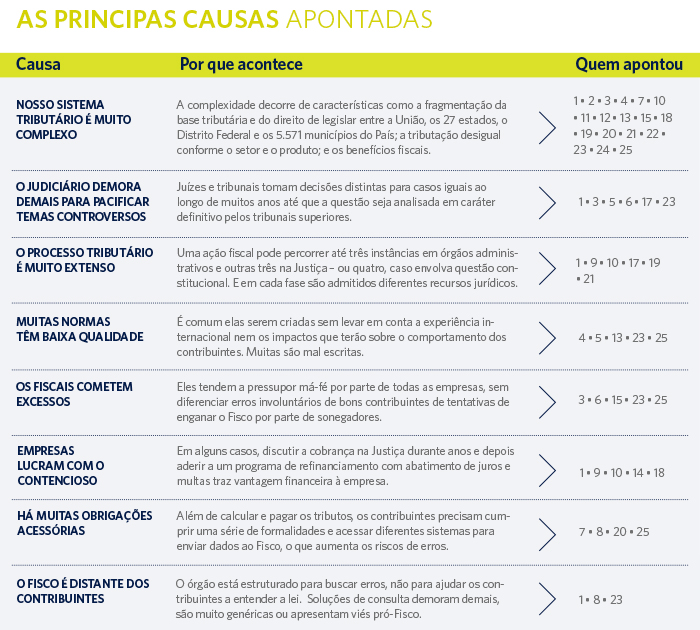 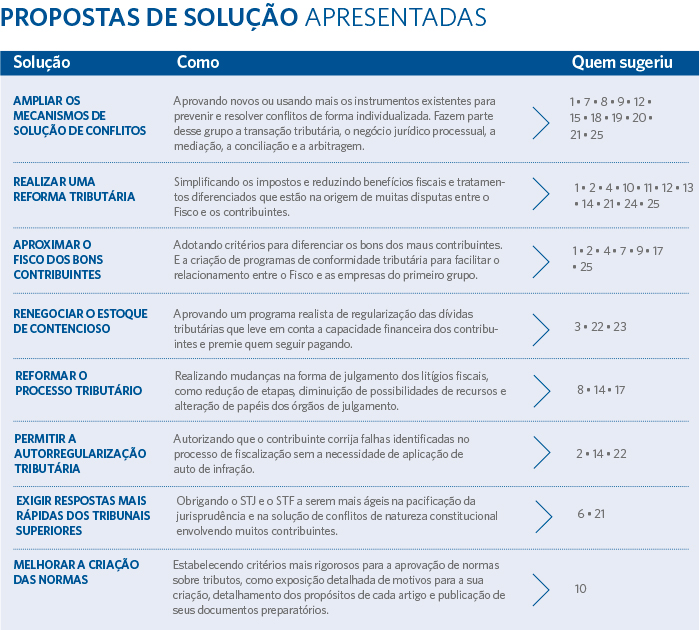 Who are the interviewees

5. Cassio Borges, legal superintendent of the National Confederation of Industry.

8. Heleno Torres, full professor at the Department of Economic, Financial and Tax Law at the Faculty of Law of USP.

11. Lorreine Messiah, economist with specialization in Tax Law and researcher.

12. Marco Bertaioli, federal deputy (PSD-SP) and rapporteur of the Bill
Conversion Plan of the Legal Taxpayer.

14. Mauro Silva, president of the National Association of Tax Auditors of the Federal Revenue of Brazil.

15. Nelson Machado, director of the Center for Tax Citizenship (CCiF).

17. Paulo Sérgio Domingues, judge of the Federal Regional Court of the 3rd Region.

20. Regina Helena Costa, minister of the Superior Court of Justice and professor of Tax Law at the Pontifical Catholic University of São Paulo.

21. Rita Dias Nolasco, attorney at PGFN and director of the School of Advocacy-General of the Union in the 3rd Region.