Hoche José Pulcherio, managing partner of the CarrierWeb group companies in Brazil. He made a career at Coca-Cola Co., occupying various positions in Brazil and abroad between 1982 and 2015. He was president of the Association of Soft Drinks and Non-Alcoholic Beverages Industry (2002-2015). 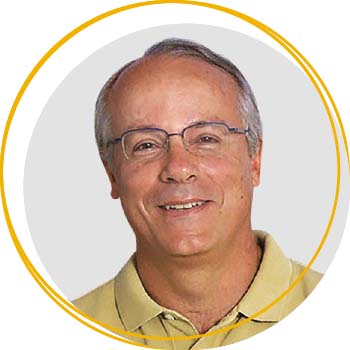 Ethics are fundamental for a country's development – ​​not only in terms of wealth, but also for democracy itself, without which long-term prosperity is not possible. Without ethics, there is no trust; without trust there is no participation – and therefore no real democracy.

There is a study published by Professor Robert Putnam, Making Democracy Work, that left a deep impression on me. The study compares two regions of Italy, the South and the Center/North, in terms of development, institutions and origins of the striking differences found today.

With the end of the Roman Empire, the South was dominated by Norman mercenaries who imposed a feudal system of government, while in the Center/North region the city-states predominated. This arrangement meant that, in the South, government was exercised in an arbitrary and vertical manner, while in the Center/North, the participation of citizens in institutions created relationships of trust and, later, the social capital that allowed, for example, the birth of credit, one of the three “inventions” of humanity (in addition to the market and money) that allow us to live in a modern economy.

ETCO's performance over these 18 years has evolved towards more concrete actions, such as supporting the introduction of Electronic Invoices, and also towards more complex issues, such as the dilemma of outstanding debt or persistent tax debtors.

An action that marked me, as the representative of the soft drink industry on the Administrative Council, was the implementation of flow meters in the industry and the vertiginous drop in informality that this action provided, with the consequent increase in revenue.

I would like to see an evolution of taxation, along the lines that our president Everardo Maciel advocates, without throwing away what works and introducing new concepts, when justified by new economic circumstances, such as internet sales. This must be done with the tax authorities' obligation to consolidate all the rules year by year, to avoid the tax burden in which we are immersed.