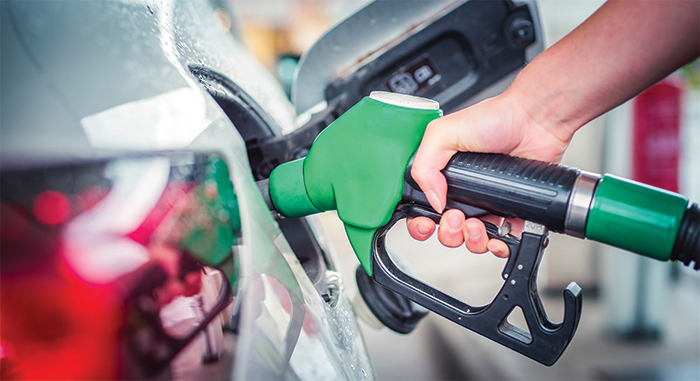 The fuel sector is the target of several types of fraud in Brazil. They harm consumers, provoke unfair competition, remove investments and cause tax evasion of billions of reais from public coffers. Untapped resources are no longer invested in health, education, security and other services to the population.

To provide transparency to this scenario, to support the authorities in combating these frauds and to propose alternatives to improve the business environment, the three main fuel distribution companies in the country - BR, Raízen and Ipiranga - founded the Instituto Combustível Legal (ICL) , to represent the sector, which has always been associated with ETCO.

According to the chairman of the ICL Board of Directors, Antonio Ferreira Martins, a large part of the illicit actions of companies engaged in the import, distribution and resale of fuels involves illegal maneuvers to evade the payment of taxes, especially the ICMS and PIS / COFINS, which are quite high in this segment. In the case of type C gasoline, for example, taxes represent 45% of the final price, on average.

The list includes since the clandestine sale, without invoice; fictitious interstate operations to pay less ICMS; adulteration in the composition of fuels with the illicit use of lower taxation products; until the persistent tax defaults, which, according to Martins, “became an industry”.

Hard debtors, as they are called, create companies for the purpose of operating and declaring sales, but not paying taxes. As in Brazil, simple debt is not a crime, unlike withholding tax, they thus escape the risk of being sentenced to prison. According to the president of ICL, these companies are usually registered in the name of oranges without equity, remaining active during the period of administrative collection of tax debts, which usually takes two to three years. Then, debtors simply leave that company and open another one, with new orange partners, to restart the cycle.

A survey by the Getulio Vargas Foundation, carried out in 2019, estimated at R $ 7,2 billion the amount that is no longer collected in the country each year with tax evasion and tax default in the fuel sector.

The losses to competitors who act correctly are incalculable. A study by the consulting firm Boston Consulting Group (BCG) showed that the non-payment of taxes allows prices to be charged up to 30% lower, making the business of companies that operate within the law unfeasible.
Other crimes and fraud affecting the sector are cargo theft, the addition of other liquids to fuels and the famous “low pump”, which consists of adulterating the bomb's markers to show a volume higher than what was actually supplied and paid for by the consumer.

According to the president of the ICL Board of Directors, the Institute's mission is to support and join forces in the public and private sectors around initiatives to prevent, supervise and combat fraud, in addition to conducting campaigns to inform society about the losses they have suffered. they provoke the country. Making consumers aware that prices well below the market average tend to finance criminal practices is one of the most important and difficult tasks of the job.

Combustível Legal defends four groups of initiatives to tackle fraud in the sector: tax simplification, the characterization of the debtor in the federal legislation, the strengthening of the segment's inspection instruments and more stringent laws to combat fraud (see article on p. next to).

According to Martins, tax complexity, legal uncertainty, fraud and other factors that unbalance competition make the sector less attractive to large national and foreign business groups. He recalls that, in the last decades, important brands such as Esso, Texaco and Atlantic abandoned the distribution of fuels in Brazil: “The country cannot allow fraudsters and criminals to gain space in a sector as strategic as that of fuels”, concludes Martins. 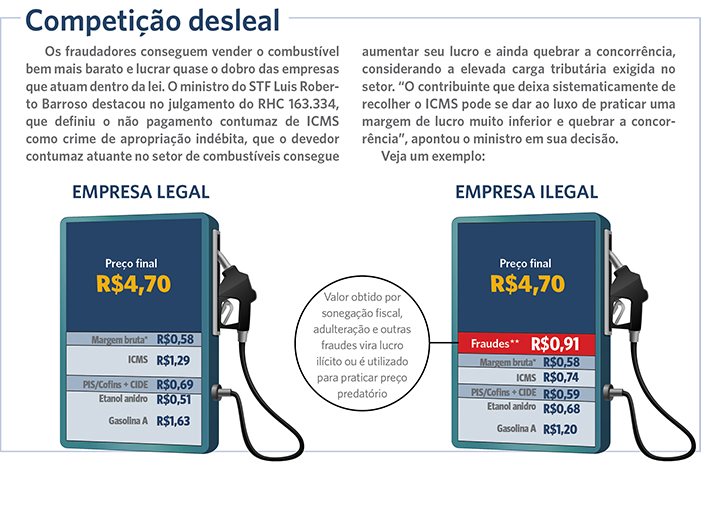 The Instituto Combustível Legal (ICL) advocates the adoption of several measures to combat fraud and improve the competitive environment in the fuel distribution and resale sector. The main ones are as follows:

According to the chairman of the ICL Board of Directors, Antonio Ferreira Martins, the complexity of the Brazilian tax system opens up many loopholes for fraudsters. "There are many rules, tax rules and rates that vary from state to state and from product to product," he says.

Within the scope of the ICMS, which is the state tax, the ICL defends tax simplification with the adoption of a fixed amount of tax for the volume of fuel sold, considering each type of fuel throughout the national territory, a model known as the “ad rem” rate. ”, Which is already adopted for PIS / COFINS, which are federal taxes required on fuels. It also proposes to concentrate the collection of taxes on companies that produce (refineries and alcohol plants) or importers of products to reduce the risks of tax evasion. This link in the chain, which is more easily monitored, is composed of companies with resources and assets to settle debts, which can guarantee tax collection and, consequently, tax equality between competitors in the sector.

Another measure advocated is to match fuel rates with similar ones, such as naphtha, solvents and chains, and other derivatives, to avoid deviating from the purpose of these products. "With simplified and uniform legislation, it will be possible to reduce inspection costs and remove agents that are not committed to a serious and responsible market from the market," says Martins.

2. To characterize the frequent debtor and provide the States with more solid legal instruments

The fight against the usual debtor comes up against the lack of a national law characterizing the different types of tax debtors. This distinction is necessary to preserve the rights of eventual debtors, who fail to collect taxes in exceptional periods, but demonstrate good faith, intention and conditions to resolve the situation in the future and do not practice unfair competition, and to tighten inspection and combat to repeat debtors.

Today, thirteen states already have legislation in this regard, but they only affect state taxes. Two laws in progress at the National Congress deal with the topic: PLS 284/2017, authored by ex-senator Ana Amélia Lemos, which regulates article 146-A of the Federal Constitution, and PL 1646/2019, presented by the Executive Branch. Both have the support of the ICL, but they need the support of the legislative leaders to make them a priority again, especially in this time of budgetary difficulties.

The Federal Supreme Court has validated, in its jurisprudence, repressive actions carried out by the States against regular debtors. In one case (STP nº 102), for example, it validated the decision of the State of São Paulo to cancel the state registration of a taxpayer who used a more beneficial method of calculating and paying ICMS as a subterfuge for the continuous non-payment of the tax and subject the company to the collection of ICMS for each product sale.

Even if the STF's jurisprudence has advanced on the subject, there are still a lack of solid and effective legal instruments available to the Union and the States to prevent and prevent the performance of persistent debtors. Bad payers usually contest any state initiative that aims to modify some criteria for tax assessment, making it possible for the taxpayer to act for a long time as a frequent debtor, and they usually seek even the Judiciary to prevent repressive action by public agencies. Meanwhile, they lose competition, consumers, the public purse and society as a whole.

According to Martins, the laws to punish fraud and theft of cargo and fuel pipelines are not sufficiently strict in Brazil, which opens a gap for these illegal practices. The Legal Fuel defends the approval of Bill 8455/2017, pending in Congress, which typifies crimes of theft, theft, diversion and receipt of fuel and establishes tougher penalties for the authors of these crimes. It also campaigns for states to revise their laws against stations that sell adulterated products or defraud supply pumps, including suspending State registration of companies that practice these crimes with proven intent.

With more than three hundred importers, 160 distributors and 41 thousand service stations spread across the country, the fuel sector represents an enormous challenge for inspection. ICL advocates the integration of inspection bodies, planned and systematic actions and the adoption of modern tools such as artificial intelligence and big data to increase inspection effectiveness and assertiveness.

Among the measures in this sense is the maintenance and expansion of specialized and permanent task forces, with the support of institutions such as the National Petroleum Agency (ANP), Finance Departments, Prosecutors, Procon, Ipem and police bodies. Cargo tracking and integration of intelligence systems from the Public Security, Federal Revenue, Finance Secretariats and the Federal Highway Police.