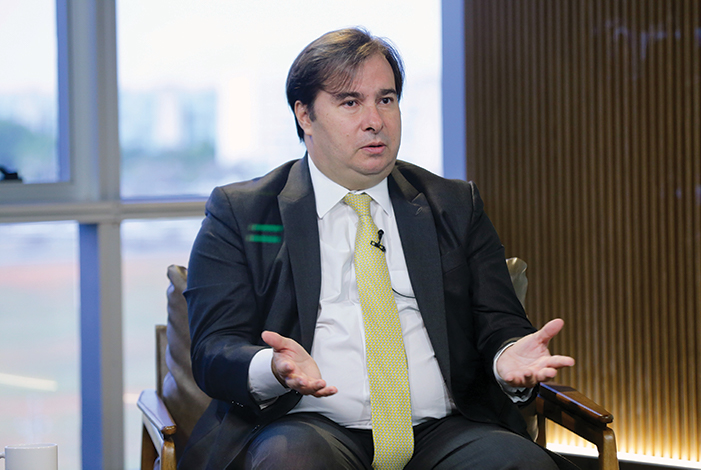 The ETCO Advisory Council, formed by prominent names from different segments of society, meets periodically to discuss the situation and the direction of the country. The meetings usually count on the presence of special guests, who share knowledge and expectations with the advisers, thus helping to guide the Institute's actions.

On August 27, in its first meeting after the beginning of the coronavirus pandemic, the Advisory Council received as special guests the then President of the Chamber of Deputies, Deputy Rodrigo Maia (DEM-RJ), and the then reporter of the Tax Reform, deputy Aguinaldo Ribeiro (PP-PB).

At the meeting, held in virtual format, deputy Rodrigo Maia shared with ETCO's advisers his view on the necessary measures to face both the health aspects and the economic problems caused by the pandemic. At that time, the country was experiencing the end of the first wave of Covid-19 and it was already beginning to talk about the possibility of a second wave, which would be confirmed a few months later.

Then, the then President of the Chamber presented an overview of the most important points of the different projects of Tax Reform of consumption in progress in the National Congress: PECs 45 and 110 and the proposal of the federal government.

Subsequently, Deputy Aguinaldo Ribeiro, who was at Rodrigo Maia's house to discuss the topic, presented more details about the projects and the report he was preparing at that time, which sought to reconcile the different proposals.

ETCO advisers had the opportunity to ask questions to the two parliamentarians about details of the projects under discussion and to defend proposals to strengthen the business environment and protect competition ethics in the context of Tax Reform, as measures to reduce tax litigation and combat the debtor stubbornness of taxes.