In its work in defense of competitive ethics and the strengthening of the business environment, ETCO has been advocating for years a reform to reduce the complexity of the Brazilian tax system. From the beginning of 2019, when two major projects were presented in the National Congress - PEC 45/2019, in the Chamber of Deputies, and PEC 110/2019, in the Senate -, the Institute has been promoting several initiatives to deepen the debates on the topic.

In 2019, it organized the Seminar on Taxation and Legal Security, carried out, in partnership with the newspaper Valor Econômico, the Seminar on Taxation in Brazil and commissioned the EY consultancy to study the Challenges of Brazilian Tax Litigation, which gave rise to a profound debate with the participation of about thirty specialists, in a special edition of the ETCO Magazine published in August 2020. The Institute also participated in events organized by other institutions to discuss the topic.

Based on these initiatives, the Institute's tax group and advisers met in early 2021 to elaborate ETCO's position on Tax Reform. The document does not advocate a specific project, but lists a series of principles considered fundamental to the success of the reform, such as the promotion of legal certainty, the simplification of procedures, the non-increase of the tax burden, the definition of uniform rates and the exemption of taxes. exports.

The document also makes four important technical recommendations on specific points of the reform. The first suggests criteria for an eventual creation of the so-called “selective tax”, which would be charged to certain segments. The second advocates the maintenance of tax credits accumulated by taxpayers in the old system. The third defends the single-phase taxation model for certain sectors, to the detriment of the current system of tax substitution. The fourth deals with the transition period between the current and the new system.

According to ETCO's executive president, Edson Vismona, the proposals presented in the document aim to increase the benefits of the Tax Reform for competitive ethics and the business environment. "We are facing a rare opportunity to improve conditions for the development of the country. Our recommendations seek to ensure that the new tax system meets the proposed objectives and does not bring new distortions," he justifies.

The following is the full text of the document:

ETCO AND THE TAX REFORM 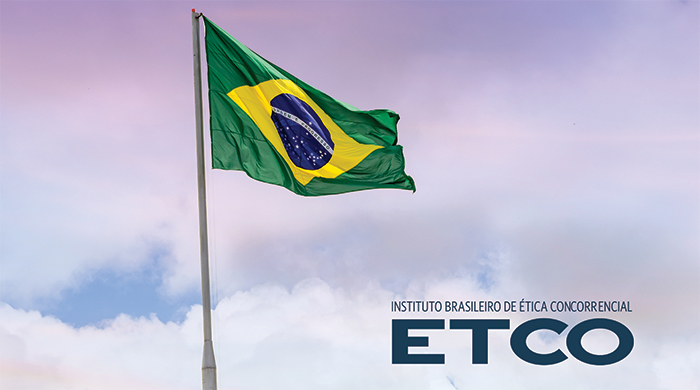 The Brazilian Institute of Ethics in Competition - ETCO is an OSCIP (Civil Social Organization of Public Interest) that since 2003 defends and encourages actions to encourage ethics in the business environment, principles that should support personal and institutional relationships. Thus, the defense of the ethical market, respecting the law and combating competitive deviations is necessary in order to ensure due legal security, encouraging structural investments and the sustainable generation of jobs and income.

In this context, the tax issue is essential. Any economic activity is affected if a company in the segment in question intentionally practices tax-related illegal activities aimed at profit. Tax evasion perverts fair competition, fosters illegality and harms the whole of society.

Studies carried out by ETCO with renowned national (IBRE / FGV) and international (EY) consultancy show that tax litigation and the underground economy involve trillions of reais, creating an environment of strong discouragement to the development of the economy. It is not for nothing, in this context, that the action of incumbent debtors harms the tax authorities - and the whole of society - in billions of reais every year.

It is in view of this scenario that, with the advance of the tax reform proposal in the Brazilian parliament, ETCO believes that it is necessary to deepen the theme in order to assist in the decisions of the constituted powers, especially the legislative. All of this with a view to improving the business environment, increasing legal certainty and effectively and efficiently combating tax evasion.
Thus, the pillars of any tax proposal must ensure (i) legal certainty; (ii) simplification of taxpayer procedures and real-time inspection; (iii) streamlining processes; (iv) no increase in the tax burden; (v) definition of uniform rates, fighting the fiscal war; and (vi) exemption from exports (with the maintenance of immunity and existing credits).

Considering the proposals initially presented to parliament, it is important to highlight some themes:

1. Regarding the selective tax institution, we defend that, if adopted:

The. Be of a restricted nature, with the prediction of incidence "ad rem" and "ad valorem", depending on the productive sector that is expressly defined by law - not at the constitutional level, so that the government is given flexibility to adapt to reality and effective need of its implantation;

B. There must be, in the constitutional text itself, mechanisms and limits that prevent the selective tax from being used as a way of increasing the collection to close the public deficit;

ç. The intention to create or increase it must be duly supported in the referred bill by previous studies of economic and social impact that justify it;

d. It must have its limitations very clear in the Federal Constitution (maximum rate), and, in the case of goods already subject to the levy of the Contribution on Economic Domain (CIDE), it must be accompanied by the necessary adjustments in the constitutional text, in order to avoid cumulation of taxes; and

and. The tax should not be discriminatory;

2. The maintenance of the credits accumulated in the old regime must be guaranteed - even if their use, due to the circumstances of each taxpayer, does not happen within the transition period, there must be a way of maintaining these credits -, with the express definition in the very PEC on the return of accumulated credits and the monetization of credit balances existing in the transition, with deadline setting;

3. In line with the pillars of simplicity and legal certainty, application of the single-phase taxation regime for certain sectors, to the detriment of the current “forward” tax substitution model, and

4. The transition period must guarantee predictability and be adjusted for cases of operations with tax incentives as a counterpart to investments made, balancing the term so as not to increase the complexity of tax compliance.

Throughout the presented, it is evident that the Tax Reform represents an opportunity to raise Brazil to a level of greater development and this moment cannot be missed. The guarantee of the necessary legal security, simplifying the tax structure, promoting the formalization of the economy, together with the reduction of the space for litigation and the fight against the practice of persistent debtors, are parameters and premises that should guide the shaping of a new reality in the relationship taxpayer / taxpayer. This is how ETCO understands it, in the defense of national interests.